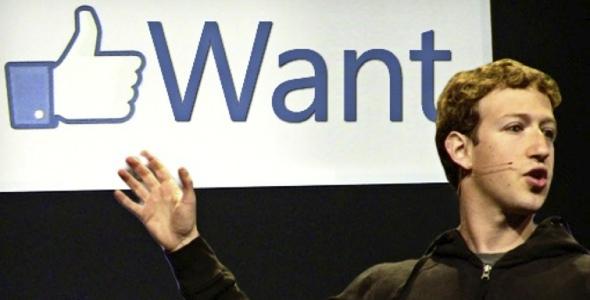 Yesterday’s photo of Mark Zuckerberg at Walmart Stores in Bentonville prompts speculation around a potential partnership between the two giants. However, we at First Retail are encouraging speculation of a different sort – that Walmart might be the vendor that will respond when a consumer hits a Facebook ‘Want’ button

If Facebook does implement a ‘Want’ button, and anyone with a product to offer then any vendor will be able to leverage that infrastructure to allow a consumer to state they want a product and be able to publish the link to that product into the consumers social stream. This will open that need up to any number of vendors who might be able to fulfill that need – with an exact or similar product.

Now let’s add Walmart into the mix – let’s say I am on Michael Saiger’s page on Discoveredd.com where I see this Rag and Bone T-Shirt. On Rag and Bone’s site, this shirt is $80.

But there is also a Facebook Want button against that page – and clicking that will publish the the item to my Facebook feed. If I was signed into the new Walmart application, then that ‘want’ would be sent to them – and Walmart would instantly match it up with the Hanes – Men’s Short-Sleeve Beefy Tee. 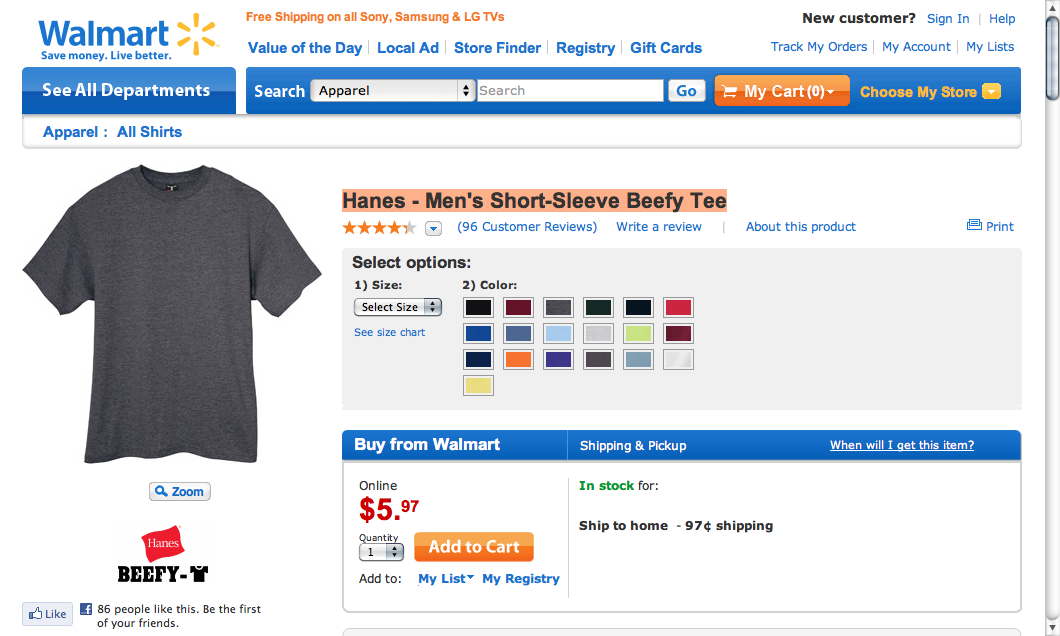 Not in the same league maybe, but at $5.97 with 97 cent shipping, this might be appealing to the shopper on a budget. What we see is the ability for a consumer to broadcast a very specific request out to selected vendors with whom they have a pre-existing relationship.

The equivalent of this today is just searching on Google for a Dark Gray Men’s Tee – which produces a large set of results from vendors with whom I have no existing relationship.

Returning to a Walmart – Facebook collaboration, this could focus the resources of the $446 billion dollar global retailer to service the needs of the 900 million active Facebook users. Now that might be worth paying attention to if you are in the retail business and even contemplating Social Commerce right now.

The Intention Economy movement (centered with the VRM Project at Harvard’s Berkman Institute) has been bubbling away for the past 5 years, seeking to reinstate the individual consumer’s power in the retailing equation.

In 2012, there has been a convergence of factors that lead us to believe that the Intention Economy can take off: There is now a general acceptance by the business community that Social Media is here to stay and Social Shopping is a valid and powerful phenomenon; The Facebook IPO now puts Facebook under the scrutiny to be on a path to reliable and sustainable revenue growth; and finally there are a number of technologies (Mobile, Semantics and Cloud) that are emerging from the research labs and finding their way into consumer products and applications.

Going beyond Facebook’s want button, there are already a number of sites where consumers can explicitly state their needs – as a sort of ‘consumer RFP’, A number of sites and mobile apps are already bringing this concept to market – Zaarly, Ubokia, Billy and Pikaba – are facilitating peer to peer request-response services. Their natural evolution will be to allow consumers’ requests to be serviced by vendors.

Once the practice is commonplace, consumers will be ready to adopt either making and publishing requests – either via text posts or by clicking on a Want button. And as that button could be anywhere owned by anyone, Facebook does not need to have a monopoly on it – and this is where the notion of the ‘universal want button’ is born. Once the intention paradigm has been established, it will only be a matter of time before mobile devices will allow us to overlay a want button over a physical object in the street and then recognize the object to allow a sensible request to be created.

Retailer – Take These Steps to Survive and Prosper

First Retail’s Marketmaker technology has been designed to serve the needs of the bi-directional marketplace. It is able to hold inventory or product and in real time match a request with products that meet the buyers criteria. Likewise, it is equally able to hold an inventory of requests and as a vendors product becomes available, will be able to serve up all matching requests. Imagine as a marketer, being able to query a repository of requests for products and see which ones are not currently serviced with offers – then sourcing those and being able to understand the price elasticity for the product even before you have produced it. This is why we are building the Marketmaker.