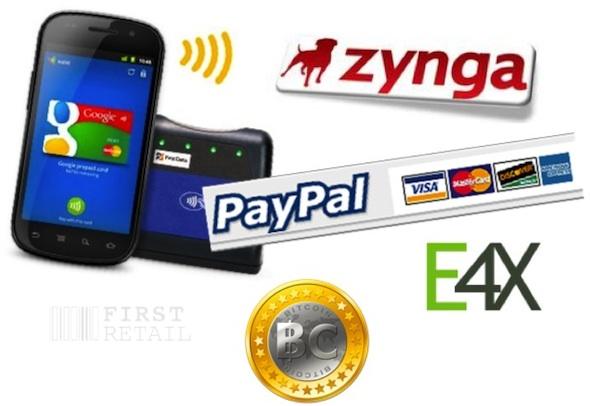 Cash. Check. Finance. Credit. Micro-payments. Mobile Payments. Where next? Surely there can’t be many more variations on how a Customer is able to pay for their purchases.

Now if we examine current trends online, not necessarily in e-commerce and look at what gets exchanged in a transaction, what emerges is not so much new forms of payment, but new forms of currency.

Let’s begin with Retailers’ Customer Loyalty Schemes – going back to Green Shield Stamps – were a form of currency given to consumers in return for their purchasing. The more you bought, the more stamps you received and those stamps were redeemable for goods. Databases and loyalty schemes emerged with consumer databases and the ability to analyze in detail a customer’s purchasing history at the store. The customer allowed the retailer to examine their purchase history and in return earned points. Shopping an online store will result in cookies being deployed to track your movements through the site and a sign up to pay tracks that behavior plus your actual purchase history – and records that against whatever personal details you provide. Customers’ data is now a form of currency to be exchanged for points for merchandise.

Social Media is where the revolution begins. Social Media is funded via advertising, so the consumers continued usage creates a new currency that can be traded – Attention. According to eMarketer, the US online advertising market will be worth $31.3B by the end of 2011. Facebook’s 2011 global advertising revenues will be $4B according to a recent post on TechCrunch. If over 700 billion minutes are spent online per month in Facebook, then based on these two numbers alone a person’s attention is worth 0.05 cents per minute.

Social Gaming where players earn points or purchase points for real money. Let’s say that Zynga is currently making $250M in revenues from customers purchasing game currency with real money. In 2009 there was an economy worth $567M in Linden Lab’s SecondLife. These virtual currencies have real value and can be exchanged for money and goods. According to a post on VentureBeat 126 million hours were spent last quarter and USD$50M changes hands each month – which equates to about 2 cents per minute as the value of participating in SecondLife.

An article on PC Pro discusses various online workplaces (‘sweatshops’) such as Mechanical Turk, YouGov and Elance and values Mechanical Turk tasks at around 1 cent per minute.

There are online economies in operation that are working largely unregulated and without borders with rates for peoples time and effort set by the laws of supply and demand. In time these markets will come to bear on how people shop.

The next step in the evolution is where retailers will grant virtual cash in return for data and then accept virtual currencies in return for goods – in 2010 American Express and Zynga announced such a relationship. And the smartphone will be the access point to a digital wallet that holds a range of currencies each with different value. Taking this a few steps on, a particular currency will take on different behaviors depending on who is using it and what it is being used for. Pocket money could be given out in ‘Kid-e-Cash’ which will have different purchasing power for different items.

Forecast Emergence in Mainstream: 2014 – The technology for this is available today, but consumer and retailer paradigms are the barrier to adoption. These will come from left field and retailers will need to adopt quickly or lose sales.

The last twenty years has seen ever more production moving offshore. The increase in shipping traffic bringing manufactured goods from developing to developed nations has grown, even through the recent recession there was only a slight dip with current predictions signaling recovery. However retailers looking for growth outside of stagnating domestic markets are building a presence in developing economies, many of which are the source of much of their inventory. For a retailer whose country home base is neither the source of supply nor the source of demand what will be the new operational model?

Next post in this series of five: Data Analytics – from Big to Huge to Streaming

Previous post in this series of five: Global Markets – When Supply and Demand Move Offshore

Things I read to get here