What is Data Strategy?

Does your company need a data strategy for 2019?

Nobody wakes up in a cold sweat because they don’t have a data strategy. It creeps up on you. Slowly. First you see your customers spending less. Then they don’t come as often, and some don’t come at all. It shows in your profit line. And then WHAAAM!, you’re in the news filing Chapter 11. And so was the other company with a data strategy that stole your customers, ate your profit, and finally undermined your business model. 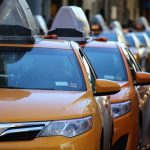 Uber vs NYC Taxi: Some you lose

We were asked to help an NYC taxi company build a survival strategy after 50% of its medallion value was wiped out by Uber. They didn’t see it coming, yet before Uber, they had the customers, the money, and the data. By the time they realized they needed a data strategy, it was too late.

Hotels, retailers, television stations, and more, are all facing the same challenges, Brands that seemed invincible are now under threat from new entrants that are competing with their data. Better targeting, more internal efficiencies or whole new products.

Mining & Metals: Some you win big

We were also called in by the Shared Services Organization at a top 5 Mining and Metals company to seek out new ways to exploit the massive amounts of data that was being generated across their operations. The outcome was a business function dedicated to optimizing business processes through advanced analytics and savings of tens of millions of dollars.

Think about what data you have and the potential financial benefit that could be derived from that data. At First Retail, we believe that your data has tremendous untapped value, we would love to help you realize the benefits, that’s got to be worth a conversation with one of our experts.